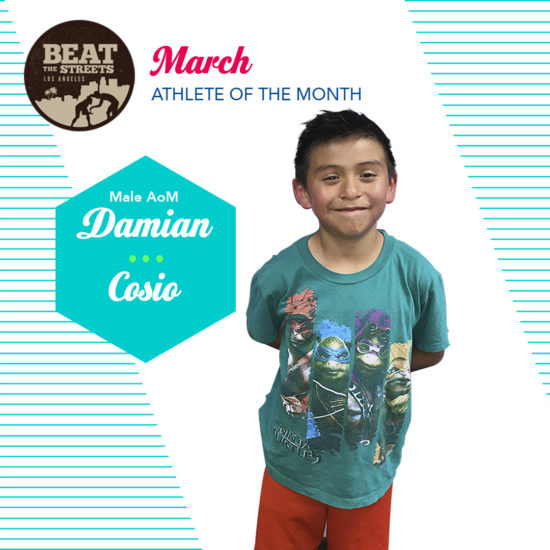 Damian Cosio is a first grader at 66th Elementary school in BTSLA’s Bell Community Program. He has been wrestling for two years with Coach Josue Pivaral, and continues to enjoy learning new things. His favorite wrestling move is the single leg takedown. Outside of wrestling, he also plays t-ball and soccer. In school, he enjoys writing in his practice book. His favorite TV show is Tom and Jerry, and while he doesn’t have a favorite movie, he enjoys watching a variety on Netflix. In the future, Damian wants to be a police officer.
“Damian is fiery wrestler with an endless amount of energy. Always loves to compete with anyone in the room, no matter the size.” – Coach Josue Pivaral