Miyah Cleveland, senior at Fremont High School, started wrestling because of a joke. While dropping her friend off at practice as a favor one day, Cleveland met the wrestling coach, who teasingly said he would “see her at the next practice” despite her protestations that she was on the basketball team.

As this type of banter developed into a recurring dialogue, Cleveland decided on a whim to step on the mats one day in lieu of basketball practice. Shortly after, she quit basketball and dedicated herself to wrestling full-time.

“Wrestling was like a family right away,” said Cleveland. “The people want you to get better. The coaches care about you and always make sure you have everything you need — not just with wrestling but also with school.”

While Cleveland credits the welcoming environment of the team as what drew her in initially, she says the lessons the sport has taught her are what keeps her going. As an athlete that only started wrestling as a high school sophomore, Cleveland has struggled with comparing herself to others with more experience. Wrestling, she says, has helped with that.

“Wrestling pushes me mentally and physically to work through these doubts,” said Cleveland. “I’ve had a lot of trouble with doubting myself in the past, but when I see people who believe in me more than myself, I think that ‘oh, maybe I can actually do this.’”

Currently in the same situation as many other wrestlers across the state and country, Cleveland isn’t able to get on the mats right now. And as this is her last year of high school, she admits to being a bit disappointed. After graduating, however, she plans on joining the marines and finding opportunities to wrestle there, however that may look. She also plans on continuing to give back to Beat the Streets through volunteer work.

“I don’t think this is the end of wrestling for me,” said Cleveland. “There’s always something you can do with wrestling and Beat the Streets. I want to keep helping out different communities and work to bring them together.” 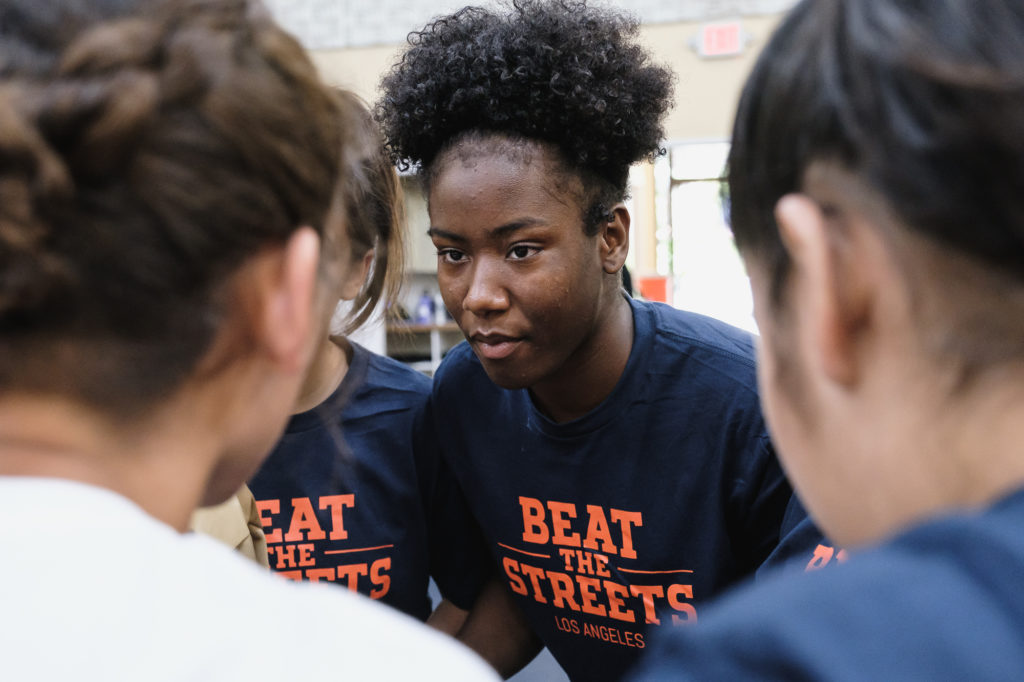