Beat the Streets Los Angeles Expands Board and Staff with Hyman, Roberts, Stein, and Fronhofer

In 2012, founder and Board Chair Andy Barth established Beat the Streets Los Angeles (BTSLA). As of January 2020, BTSLA has expanded to over 25 programs impacting over 1,000 student-athletes annually. Considering such rapid growth, BTSLA has announced the expansion of both the executive staff and board of directors.

Dan Hyman is a Portfolio Manager & Managing Director at Pimco. Dan wrestled for Arizona State University and eventually Lehigh University, where he became the 2002 EIWA Champion at 133 pounds. Dan also serves on the National Wrestling Hall of Fame Board of Governors and is a proud supporter of Wrestle Like a Girl. Dan is a husband and father to three children.

Sally Roberts, former elite wrestler, combat veteran and sport psychology consultant founded the nonprofit Wrestle Like A Girl on the premise that girls can do anything and that through sport, they can realize their full potential. She served six years in the Army as a Special Operations soldier where she volunteered for deployment to Afghanistan. Sally received the 2016 Women in Sport Award on behalf of United World Wrestling and the International Olympic Committee.

Laura Stein is Of Counsel to the law firm of Robbins Geller Rudman & Dowd LLP. Since 1995, she has practiced in the areas of securities class action litigation, complex litigation and legislative law. Laura serves on the Board of Directors of the American Friends of Sheba Medical Center, The Board of Advisors for Israel Bonds of Los Angeles, as Class Co-Chair of the University North Carolina Parents Council and on the North Carolina Hillel Board of Directors. Laura has been a supporter and activist in many community organizations including Stand With Us, The Zimmer Children’s Museum, The Simon Wiesenthal Center, and The Santa Monica Boys and Girls Club.

In addition to the exciting new board members, Carl Fronhofer joins BTSLA as Director of Development, a strategically important position as BTSLA continues to build and expand organizational impact. Carl comes with a wealth of experience in both the world of wrestling and the private business sector. He has 13 years of NCAA coaching experience, and for the past four years Carl worked as the Director of Operations at RKS Design, a globally recognized product development firm in Southern California.

BTSLA has ambitious goals to double its current programming by 2028 and is determined to leave a meaningful and lasting impact on the Los Angeles wrestling community and the thousands of girls and boys served every year. The new additions to both the board and staff put BTSLA in a position to achieve these goals as they build toward the 2028 Olympic Games hosted in the great city of Los Angeles. 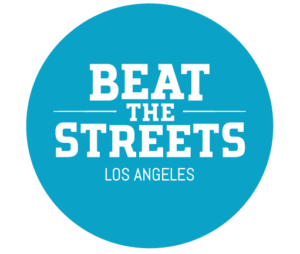