Jose Ramos’s most vivid memory from his first high school wrestling practice back in 2009 was the coach telling everyone to do 60 push ups. Ramos, a self-proclaimed “scrawny freshman” at the time, said he couldn’t even do a single one.

“I honestly don’t even know how I made it through the first few days,” said Ramos.

Now the head coach at both the Lancaster High School wrestling team and Beat the Streets LA Antelope Valley, Ramos reflects back on his high school wrestling days fondly. Like countless others in the sport, he credits wrestling with instilling valuable lessons that translated to other aspects of his life.

“Wrestling taught me hard work and the idea that you’ll earn the rewards if you just get out there and get going,” said Ramos. “It put me among good people that led me to success.”

After graduating high school, Ramos went on to become the first member of his family to attend college. While he didn’t end up continuing his wrestling career in college, Ramos says he still wanted to find a way to be a part of the wrestling community.

“Wrestling gave me so much, and I have to give it back,” said Ramos. “I can’t feel good about myself if I don’t repay that debt.”

Coming across an opening for an assistant coach position at Lancaster High School, Ramos took a chance and signed up for a year. Completely new to coaching, Ramos admits to being a bit scared jumping in so young at the time. But armed with dedication and an open mind, he says he knew he had the tools necessary to do the job.

“I didn’t even know what I didn’t know,” Ramos said. “I didn’t have someone to look up to, but I knew what I liked from my coaches so I had an idea of what kind of coaching style I wanted to implement.”

Ramos, to say the least, takes his job seriously. In a pursuit to further improve his coaching game, Ramos expanded his search out to the greater Los Angeles area to find even more examples of successful youth wrestling programs.

“I wanted to see somebody else do it so I could copy and replicate that,” Ramos said.

Through that search, Ramos was led to Beat the Streets Los Angeles, where he now runs his own program in addition to being head coach at Lancaster. As he continues to build his two programs and grow as a coach, Ramos says his biggest motivation is the opportunity to help kids get involved in the sport. With money having always been tight in his own childhood, Ramos is also driven by his own experience fighting through financial barriers just to get started in wrestling.

“When I wanted to join wrestling as a kid, I needed shoes,” said Ramos. “And one thing I grew up with is that you don’t ask for money. With Beat the Streets LA, no kid is ever going to be prevented from a chance to wrestle. If you want to wrestle and come in and work, you’re going to get that opportunity.”

Looking forward, Ramos sees himself continuing with coaching for many years ahead. Staying involved with the sport, he says, is a top priority.

“I want to appreciate the journey,” said Ramos. “When the kids get a big win and get their hands raised, those are some of the best days. You’re always hunting for those days, but the journey is what really matters.” 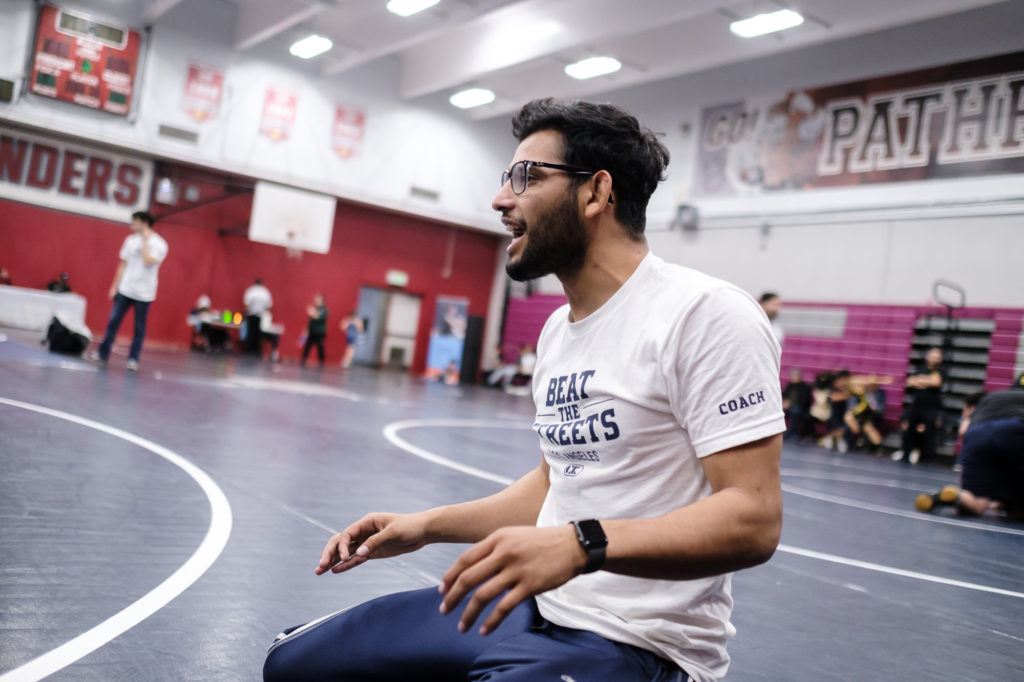