According to Santa Maria, the equipment purchased through the grant will be especially helpful in motivating kids who haven’t been on a wrestling mat for many months. While the wrestling season has been put to a halt for more than a year now, Santa Maria has stuck by his team by hosting a virtual training program for them.

“Even when we were asked to leave the mats and the parks, we still stuck with our kids and worked out with them through Zoom,” said Santa Maria. “It’s hard enough being at home all day, so we try to make it fun and continue to set goals.”

Santa Maria is no stranger to working through adversity. As an ex-professional MMA fighter for Bellator, Santa Maria explains that he was only able to make it as far as he did by experiencing devastation and learning the lessons that came with it.

In 2007, Santa Maria was struck by a truck while on his motorcycle. He tore his knee apart, broke both shoulders, broke his left clavicle, and fractured his ankle. It took him a year just to walk again. But despite the horrific tragedy, Santa Maria was determined to bounce back.

“I always said I wanted to be a pro fighter, but I didn’t have the determination or discipline to do it when I was younger,” said Santa Maria. “It wasn’t until the accident that I told myself that I wasn’t going to make excuses anymore.”

After five years of training, where he would drive one hour and 20 minutes each way just to get to practice, Santa Maria went straight pro and knocked out his first opponent in barely over a minute.

While working on his own MMA career, Santa Maria ran a youth jiu jitsu program on the side. Through that, he found a passion for youth development and eventually transitioned to coaching wrestling with Beat the Streets Los Angeles. In a few years, he was able to get the program from around 20 kids to almost 100 participants.

Now, as Santa Maria steps away from his career in combat sports, he’s in the process of finishing up school. At the same time, finding different ways to motivate and improve the lives of his student-athletes is still a top priority for him.

“I want to do what I can to get kids off the streets,” said Santa Maria. “I want to help out any youth I can and educate them, change their lives, and make them smile.” 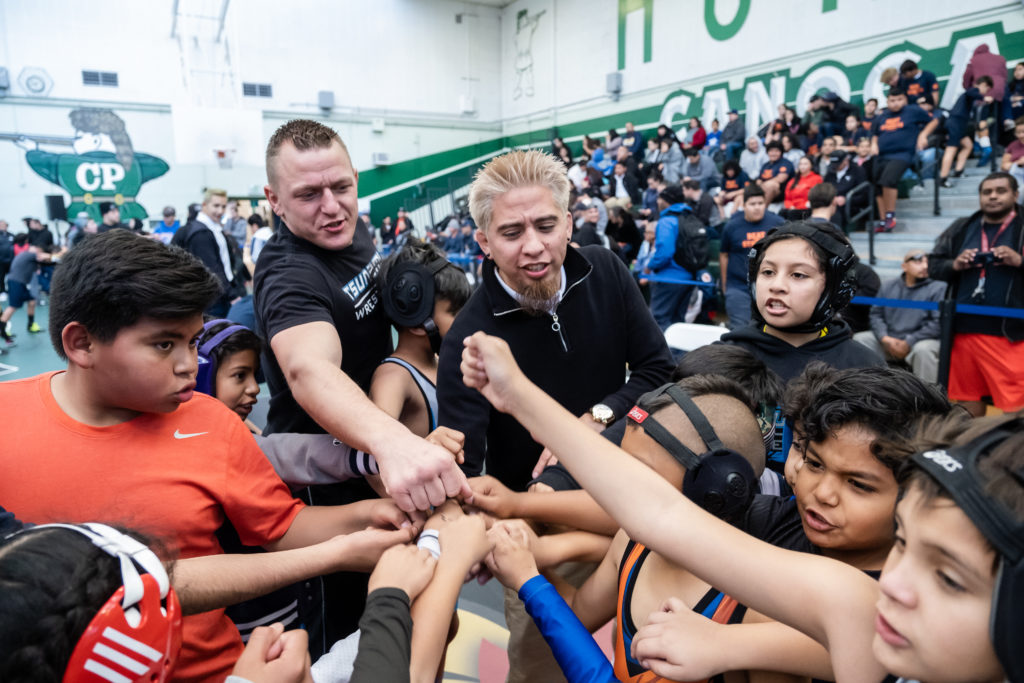