Before Roman Hernandez moved in nine years ago, San Pedro was known as a football town. But Hernandez, never one to be afraid of disrupting the status quo, was dead set on starting a wrestling program there.

Starting the town’s first high school wrestling program took a lot of work. According to Hernandez, everybody knows everybody in San Pedro, and all they cared about at the time was football, baseball, and softball. It was an uphill battle, but Hernandez immediately got to work by introducing himself to everyone and getting the word out about his program with every chance he got.

“We’re always working the concession stand at football games, putting our banner up, and trying to raise some money and awareness,” said Hernandez. “You just have to introduce yourself to everyone and just keep getting the word out.”

Now, the wrestling program at San Pedro is booming.

“We have a culture here now, and we’re just starting to scratch the surface,” said Hernandez.

This type of persistence in building a wrestling program from scratch isn’t new to Hernandez. It’s been with him since his freshman year in high school, where he ended his first season on the wrestling team with more losses than wins. Instead of quitting like many others with a losing record, Hernandez instead took that summer to work hard and push toward success.

“All I wanted was to win more than I lost,” he said. “I did everything I could and just worked hard that summer and never stopped. I never stopped working hard and that’s when I started winning.”

After high school, Hernandez went on to college, where he competed for two years at the junior college level. At the same time, he continued to stay involved in his high school as an assistant wrestling coach. Now looking back as a teacher of 21 years, Hernandez says this initial stint into coaching is what inspired him to go into a teaching career.

“Back then, I was already trying to be a mentor and already working on setting a good example as a wrestling coach,” said Hernandez. “I loved working with this high school age group, and knew I could have a career in this.”

Looking ahead, Hernandez wants to continue working with kids, whether it be through teaching or coaching through Beat the Streets Los Angeles.

“I want to make sure these kids get through their four years of high school and continue on to achieve things,” said Hernandez. “Wrestling is just a vehicle to teach that.” 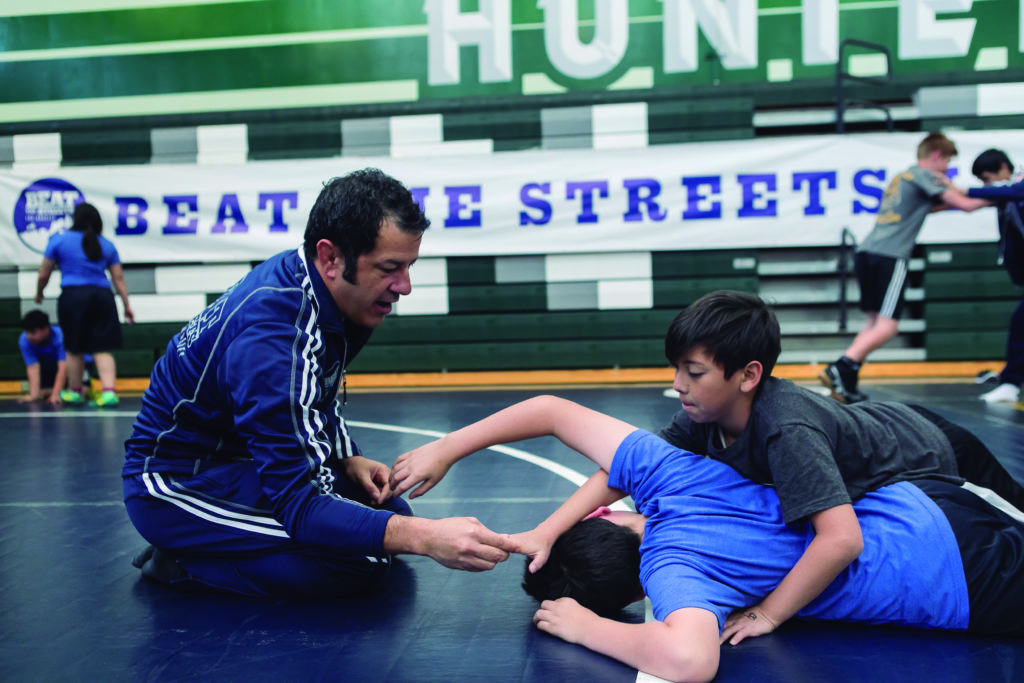