Emilie and Brianna Gonzalez: From Beat the Streets LA to Fargo Champions 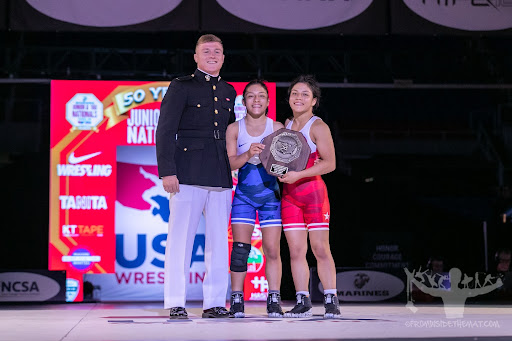 Typically, when athletes forfeit in competition, smiles of joy aren’t the first thing you see. But when twin sisters Emilie and Brianna Gonzalez both decided to forfeit their finals match at Junior Nationals—or Fargo—last month, they ran out onto the mat with matching ear-to-ear grins as they shook hands and accepted a stop sign award signifying their first shared championship.

This was the first time the Gonzalez twins opted to double-forfeit out of wrestling each other. The two Arroyo High School seniors usually compete at different weight classes during the folkstyle season with Brianna at 101 pounds and Emilie at 106 pounds, but Fargo was the first tournament in a while where they decided to enter into the same bracket.

As the tournament progressed and the two sisters racked up the wins, it became clear that they would meet in the finals.

“Right after my semifinals match, I saw her and I pointed at her to see if she won,” Emilie said. “And then she nodded her head and I was just so happy.”

“I was shocked. I think I’m still processing it,” said Brianna. “Like, we really won it.”

For the Gonzalez twins, the jump to competing and winning at the highest level was lightning quick. They both started wrestling in seventh grade with Beat the Streets LA, where they first developed a love for the sport. And once they transitioned into high school, they immediately set their eyes on competing nationally.

After competing at Freakshow in 2019, where they got their first taste of massive, 30-mat arenas and competitors from all around the country, all other tournaments became easy. And that includes the 2021 Pan American Championships, where the twins both took gold just a few weeks before Fargo.

“After Freakshow, we just took Pan Ams and Fargo as another tournament,” said Emilie. “I was confident and just trusted all the hard work I put in.”

The Gonzalez sisters love training with each other. As a rare twin duo, they are incredibly close and benefit from having a companion in an often tough and grueling sport.

“She keeps me on my toes. Sometimes I don’t want to go to practice, but she pushes me to go,” said Brianna, laughing. “Having her as a partner makes me confident because she’s one of the best in the country.”

Yet at the same time, having a twin in the sport isn’t all full of positives. The hardest thing, says Emilie, is dealing with constant comparisons.

“People always ask ‘who’s the better twin’ or ‘who gets the most takedowns?’” said Emilie. “It hurts you mentally when people focus on that. But we just try to push it off and are just there for each other.”

As for the future, the Gonzelez twins are looking forward to continuing their wrestling careers in college and beyond. Oklahoma City and Southern Oregon University, according to Brianna, are high on their radars.

“We take it day by day, but our ultimate goal is to wrestle in college and go to the Olympics,” said Emilie.

Pictured below: Emilie and Brianna at the 2017 Beat the Streets Los Angeles Annual Benefit 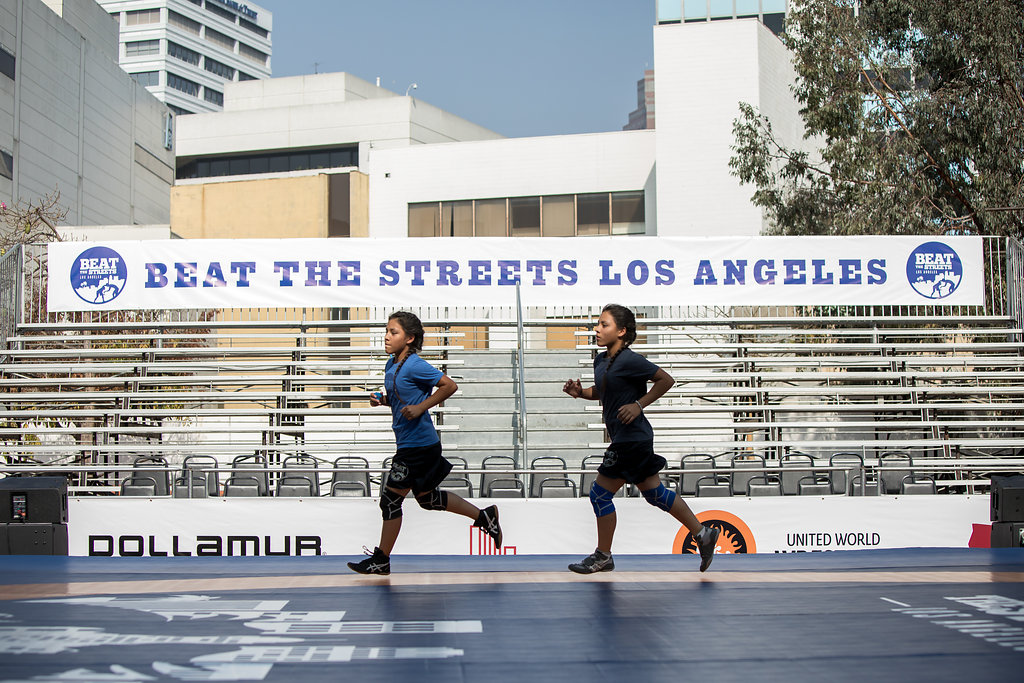