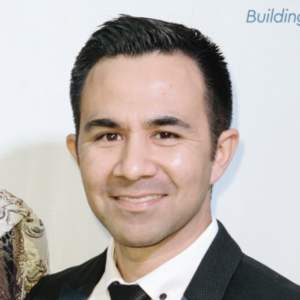 Brian is a founding member of the Board of Director’s for Beat The Streets Los Angeles. In addition to the duties as a voting Member, Mr. Guerrero works with the Executive Staff as Creative Director providing Communication Design, Photography and Filmmaking for Beat The Streets.

Brian received a Bachelor of Architecture from California Polytechnic State University, San Luis Obispo. Brian was a part of the wrestling team from 1997 – 1998. Prior to arriving at Cal Poly, Brian earned Cadet Freestyle All-American honors in 1994 while attending Madera High School of Madera, California.

Currently, Brian is an architectural facade consultant for the Los Angeles office of Thornton Tomasetti. With over ten years of experience in the architectural and engineering field he has served as lead designer and project manager for a range of building typologies including cultural, educational, government, hospitality, residential and commercial.