January 25, 2017 | Record amounts of rainfall around Los Angeles on Sunday, January 22nd couldn’t stop BTSLA student-athletes from taking part in a wrestling clinic at Fremont HS. Wrestlers from 20 BTSLA programs braved the soaked streets to learn wrestling technique from 2012 Olympic bronze medalist, 2-time Olympian, World Champion, and 3-time World Team member Clarissa Chun.
The clinic began with Clarissa leading a creative warm-up utilizing explosive movements incorporated into a race between the student-athletes. During the technique portion of the clinic, Clarissa led the group through a front headlock series to help the student-athlete refine their skills in this critical area of neutral wrestling.
Clarissa also led the entire group through a one-legged, one-arm takedown contest. Hopping on one foot and using only one arm, the wrestlers competed in pairs, attempting to take the other person down to the mat or make them release their grip on their raised foot. After a whirlwind 62 matches (yes, we did the math), Eduardo Ruano of the Topanga PAL program was the champion of the contest.
At the end of the clinic, Clarissa talked to the wrestlers about how to deal with distractions and maintain focus. She used the example of how she lost focus in the finals of the 2004 Olympic Trials when she lost to Patricia Miranda, but was able to learn how to maintain her focus in 2008 when she defeated Patricia Miranda to qualify for her first Olympic team.
The clinic was a powerful opportunity for BTSLA wrestlers to connect with an Olympian, learn wrestling technique, and be inspired as they prepare for the upcoming Jamboree and BTSLA Middle School Wrestling Championships.
Coach Josue Cruz and wrestlers from Fremont High School deserve an extra big thanks for the work they put in (in the pouring rain!) to ensure the clinic was set-up, operated smoothly, and cleaned-up afterwards. Thank you Fremont wrestling!
Photos: 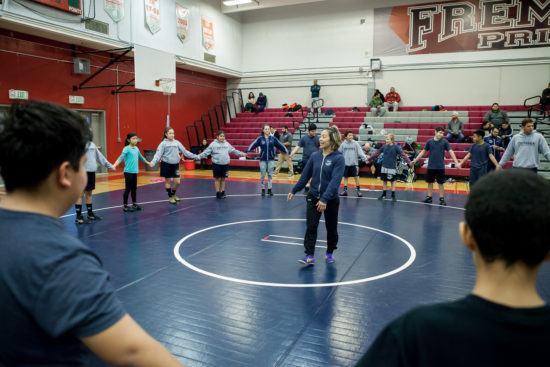 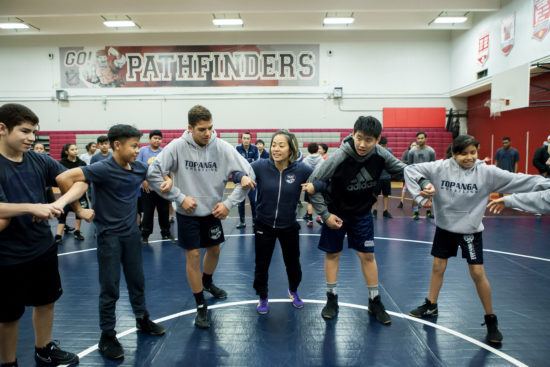 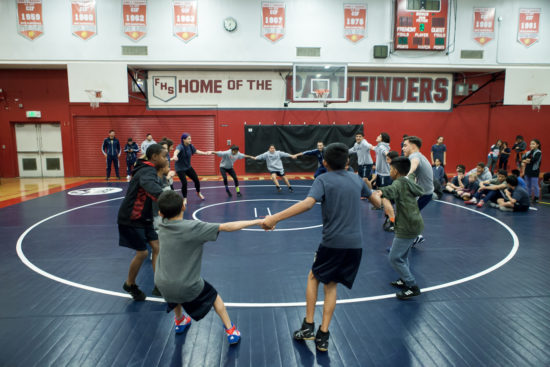 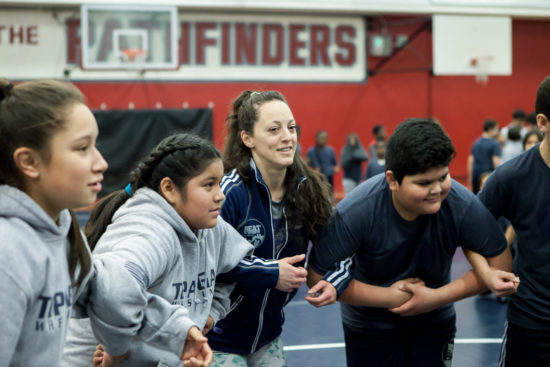 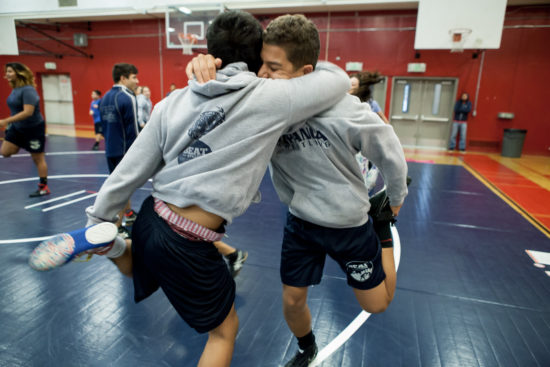 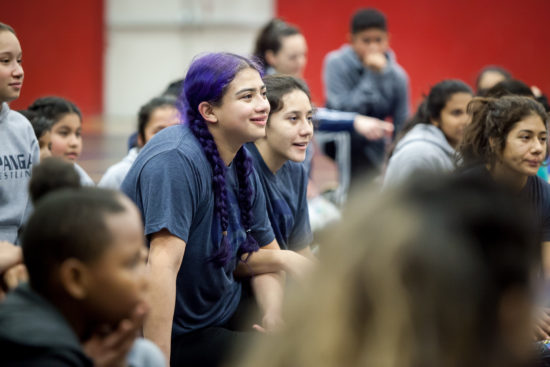 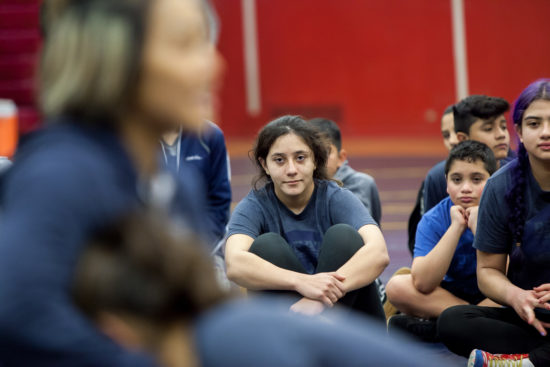 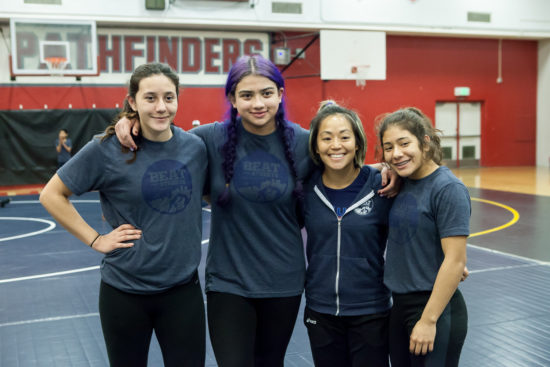 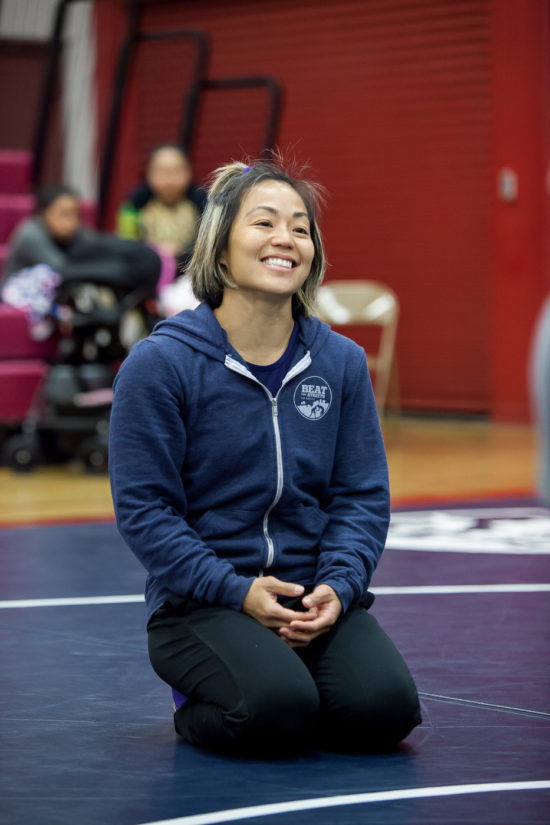 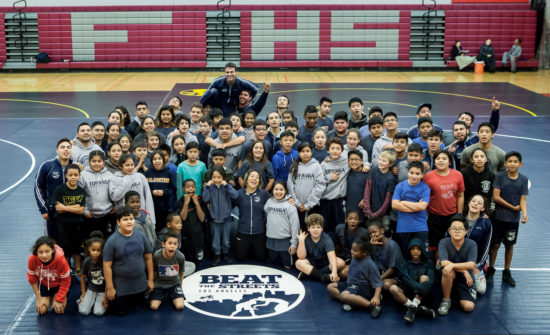 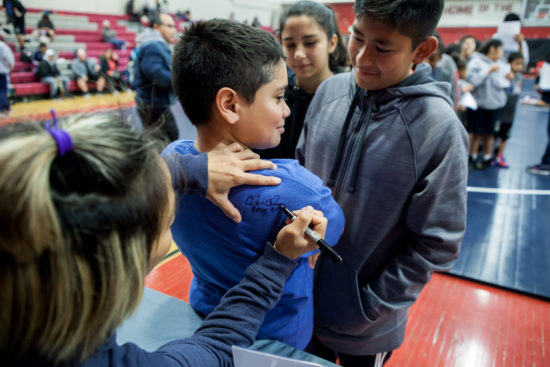 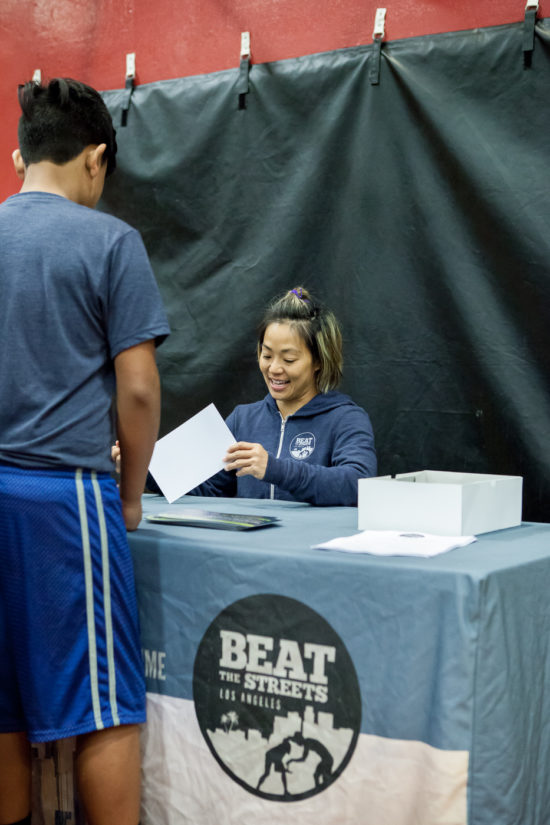 As always, special thanks to Dana Barsuhn Photography for the excellent photos.