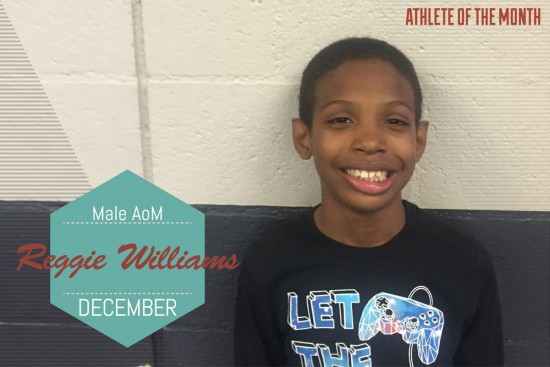 After earning second place in his first tournament the other week he came into practice more focused than ever, stating that he was happy with second place last time, but won’t accept anything less than first next time. Reggie has also attended every weekend field trip this season, showing his determination to learn as often as possible.

Favorite School Subject: Wrestling and reading.
Favorite thing about wrestling: “I like learning new moves and getting better with my friends. I also really like it when we play games like squirrel.”
Dodgers or Angels: Neither
Beach or Mountain: “I like the mountains because I use to spend a lot of time out there at my grandfathers house with his many animals.”
Favorite Athlete: “My favorite athlete is Lebron James.”
DONATE