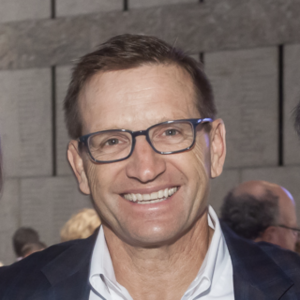 A resident of Pasadena and father of twin sons, Jeff Newman was a 4-year collegiate wrestler, wrestling for Lehigh University after transferring from UCLA. During that time, he competed in the Pac-8, Eastern and NCAA wrestling tournaments. During high school in Palo Alto, he was teammates with Dave and Mark Schultz and was coached by Chris Horpel, who went on to coach at Stanford University for 25 years. While attending graduate school, he was an assistant coach at the University of Pennsylvania.

Newman graduated with honors from Lehigh with a degree in economics and earned his master’s in business administration from the Wharton School of the University of Pennsylvania. After graduating from business school he moved back to California where he has worked in the commercial real estate industry and is currently the chief financial officer and executive vice president at IDS Real Estate Group.

He has been involved in coaching numerous youth sports, including flag football, soccer and basketball. His flag football teams were twice crowned Brotherhood Crusade Champions (much like winning the Super Bowl). He often commutes to work by bicycle and has cycled competitively for over 20 years, including having won the district (state) championship in the masters division.